Made this for the first time on 02/01/2015. I didn’t really punch down the dough after the first rise; just shaped it into a log and transferred to the loaf pan, then let it rise a second time for 35 minutes. Came out pretty well; a bit crumbly, so I think I’d like to try it with bread flour rather than all-purpose flour next time. 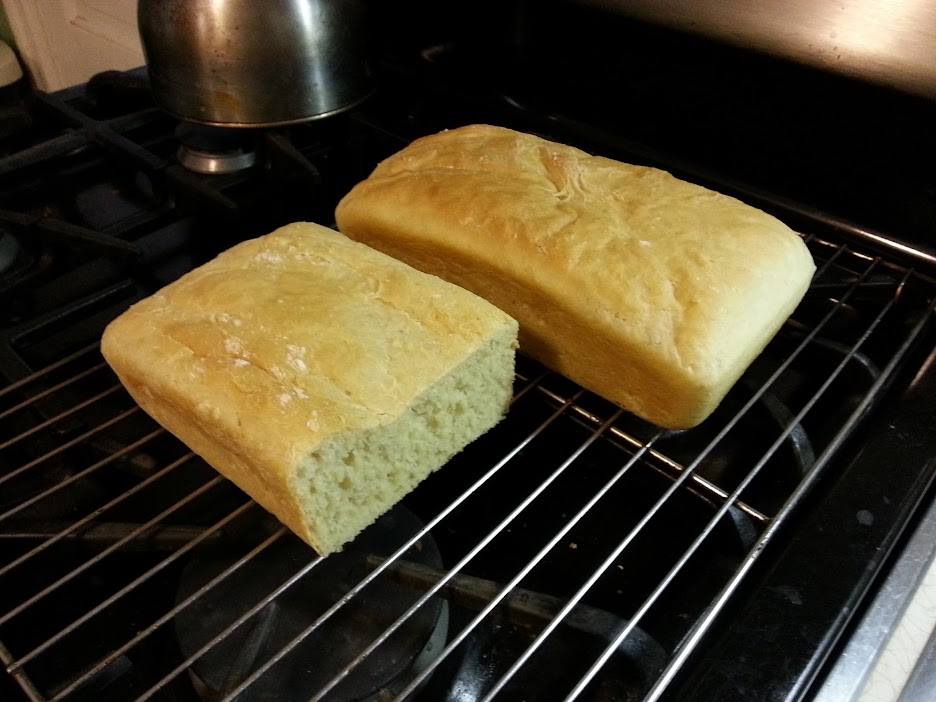